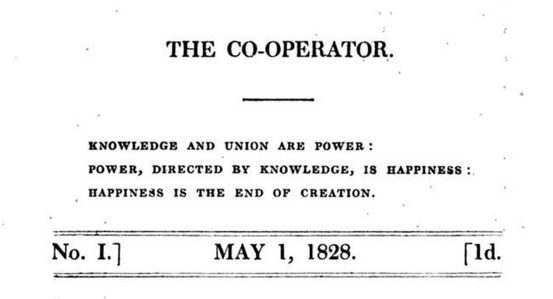 60 years before the first May Day commemorated the Haymarket Affair in 1889, the English physician Robert Owen published the above words in the first volume of The Co-operator. Owen was one of the earliest cooperative founders, and the journal he started had profound impact on the then-emerging movement. In his writing he made clear both the need for an uncompromising critique of the unsustainable and unjust industrial system coming of age in his time, as well as the need to focus on creating fair and just organizations within that economic model.

Today, workers around the world join in solidarity with the long lineage of labor organizers and brave laborers who have fought hard for the many freedoms we enjoy today. At the same time, they are coming together to stand tall against the forces of exploitative, extractive transnational capital that seek to curtail democratic self-governance, impose authoritarian control over people’s personal and economic lives, and dismantle the power of the people that so many generations have worked so hard to build.

We at CoLab support those who are standing their ground and fighting for human rights and economic justice around the world today, and those – such as our project partners at Democracy Collaborative, the International Cooperative Alliance and US Federation of Worker Coops – who are working hard to sustain and create alternatives to the malignant, flawed systems in which we are currently caught.

In solidarity with our US collaborators and member-owners who are striking today we would like to share their words and the demands (specific demands of the US May-day strike) of that movement here, today.

_Today many US workers have planned a major labor demonstration demanding the following: _

1: Universal Healthcare We demand universally accessible public funded health care for all individuals in society regardless of socio-economic standing, health care is a universal human right.

2: 18$ Hour Minimum Wage We demand 18$ an hour minimum wage for the whole country. This should be federally mandated and enforced.

3: Universal Civil Rights We demand universal civil rights for not just all citizens but all people. We demand the strengthening of all civil rights legislation protecting the rights of marginalized groups including immigrants, the release of all non violent drug or immigration related prisoners, the prosecution and dismissal of any cop who unlawfully kills, and public wealth redistribution to blacks, native americans, and all other economically marginalized groups who have been exploited by this country.

4: Public Funded Education We demand the education system, both primary and secondary schools, be publicly funded and free for any one to attend.

5: Public Subsidies for Alternative Energy and Tech We demand that the state end subsidies to fossil and nuclear power and reinvest them in alternative energy or technology with the ultimate goal of replacing all fossil/nuclear tech by 2040.

McKenzie and I are standing with US workers in protest and will not be online today, rescheduling all critical meetings.

We encourage you all to consider ways that you can stand in solidarity against this oppressive system in the US and unjust administration.

We love and appreciate the work we do here at CoLab. In refusing to work today, we do not protest CoLab (where we are empowered and our voices are heard), but joining our fellow workers in strengthening their plea by finding out what happens when the wheel of the economy stops.

With love and in solidarity,

NOTE: The views expressed here are those of the authors and do not necessarily represent or reflect the views of all member-owners of CoLab. 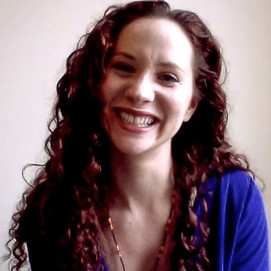