Life on the Road: Technomadism and Distributed Working 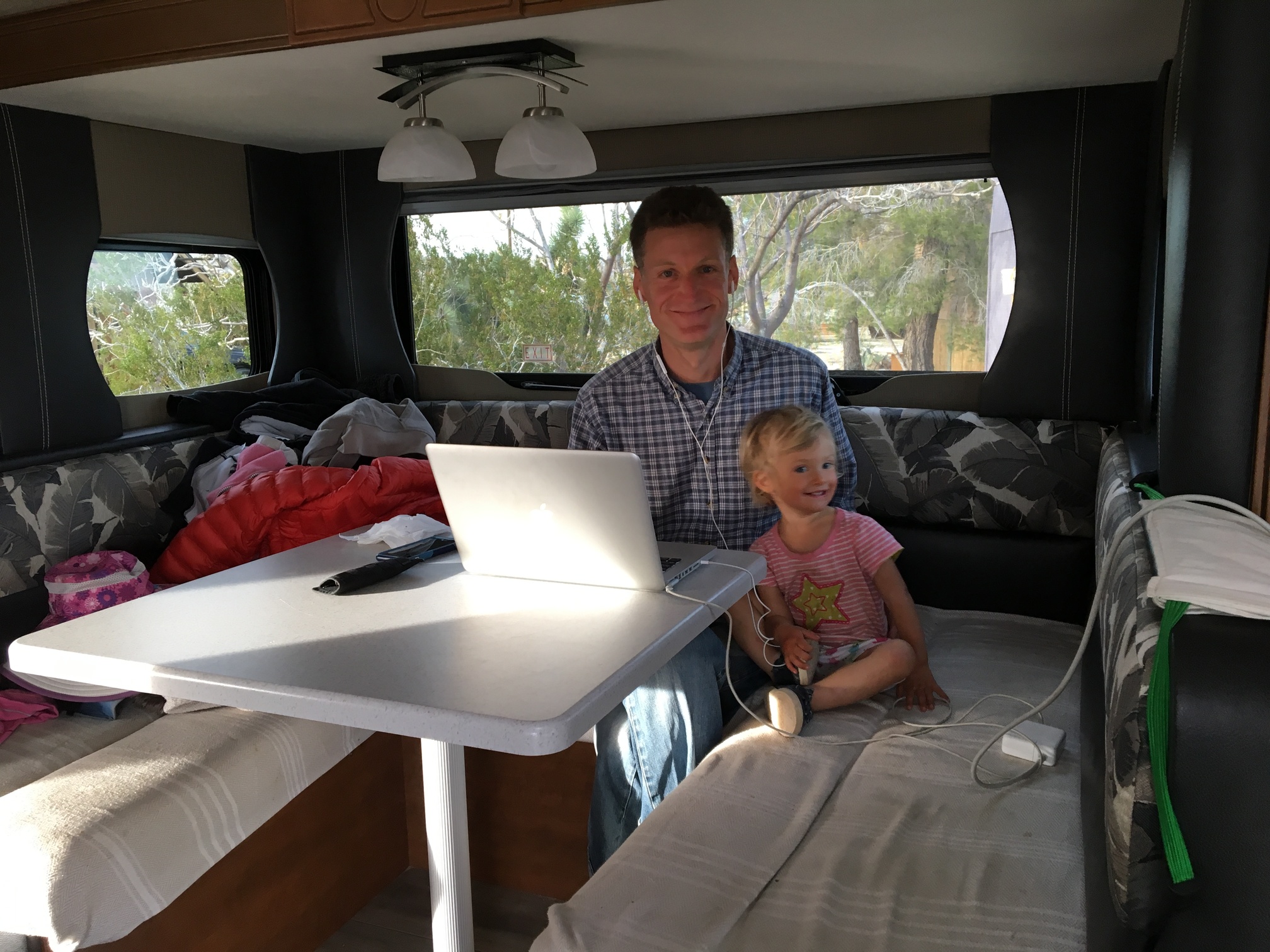 For many in the tech industry, the benefits of working remotely and with distributed teams often seem to remain theoretical. Without the burden of needing to report to a physical office space, one could work from the comforts of just about anywhere—whether one prefers a buzzing metropolis or the serene countryside. In the real world, though, despite such opportunities many simply choose to stay put, preferring practicality over wonder or stability over adventure.

But for a number of CoLabrs, the possibilities of technomadism—lifestyles of technologically connected nomadic mobility—have been anything but hypothetical. What’s more, with its team members spread out over four continents, CoLab is no stranger to geographically distributed work. Since its founding in 2010, the tech coop has brought on board team members from New York to Oakland to Montreal to Taipei to Jakarta to Izola, Slovenia, to Chandigarh, India. One of CoLab’s values has been to support its workers’ decisions to live in unconventional ways including “life on the road.”

In addition to connecting a global network of collaborators, some of CoLab’s team members remain in constant movement. Jeff Amaral, a developer at CoLab, has been living a nomadic lifestyle since June, 2016 following his joining CoLab the previous year. Jeff, along with his wife and four kids, has been living full-time in a travel trailer while travelling across the US and Canada. He does this while maintaining an active career as a senior Drupal developer on projects like Seventh Generation, Vermont Law and Cornell University’s College of Agriculture and Life Science. 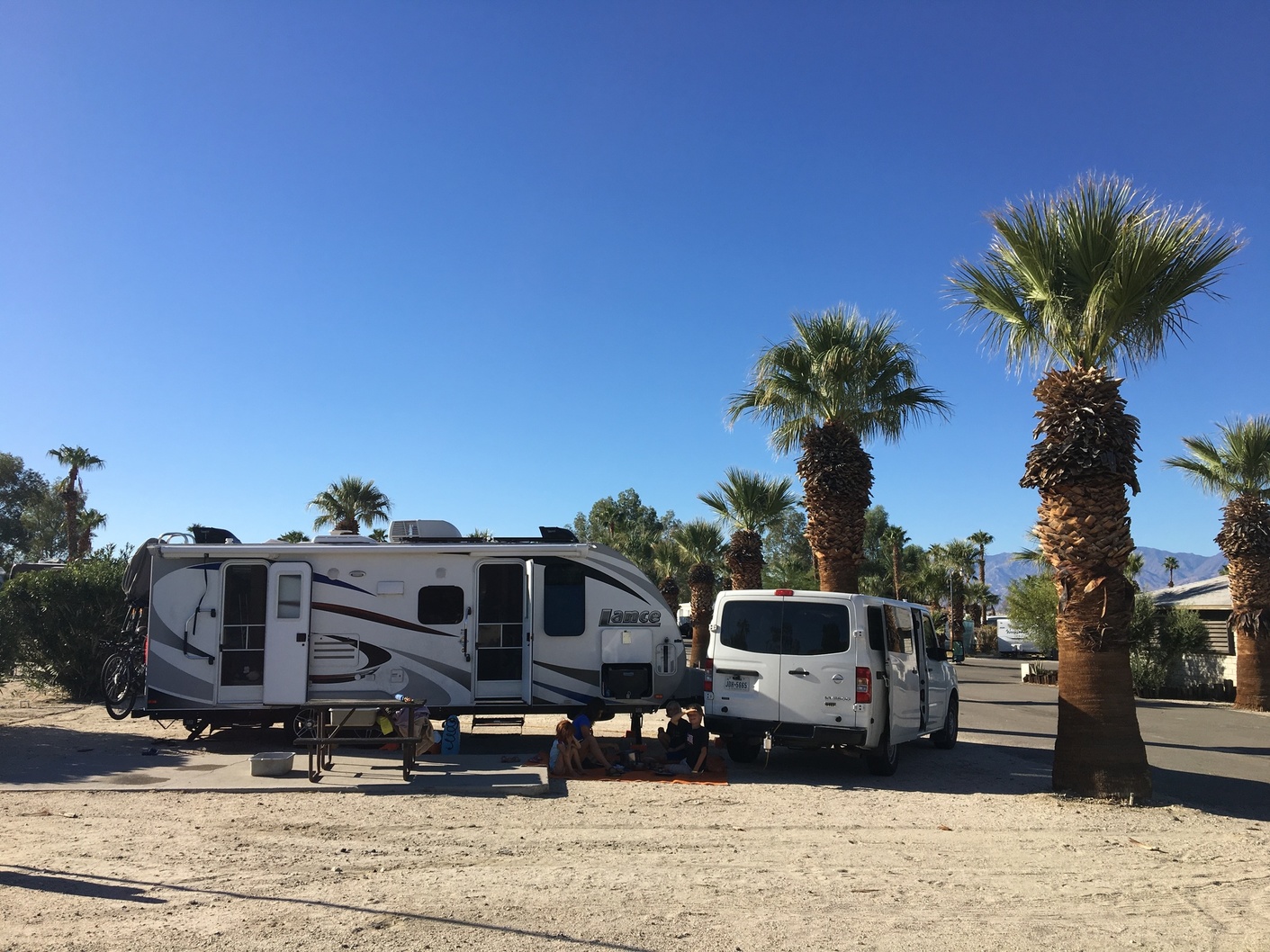 Spending most of their time navigating the North- and Southwest US, Jeff and his family have travelled through Washington, California, Nevada, Wyoming, Montana, and Utah. They’ve visited a number of American National Parks including Moab, Grand Canyon, Redwoods, Death Valley, Zion, and Joshua Tree, and watched the 2017 eclipse at Grand Teton. Recently, they even drove their camper down the Vegas strip! What might otherwise seem like a vacation activity for Jeff and his family is simply part of daily life. 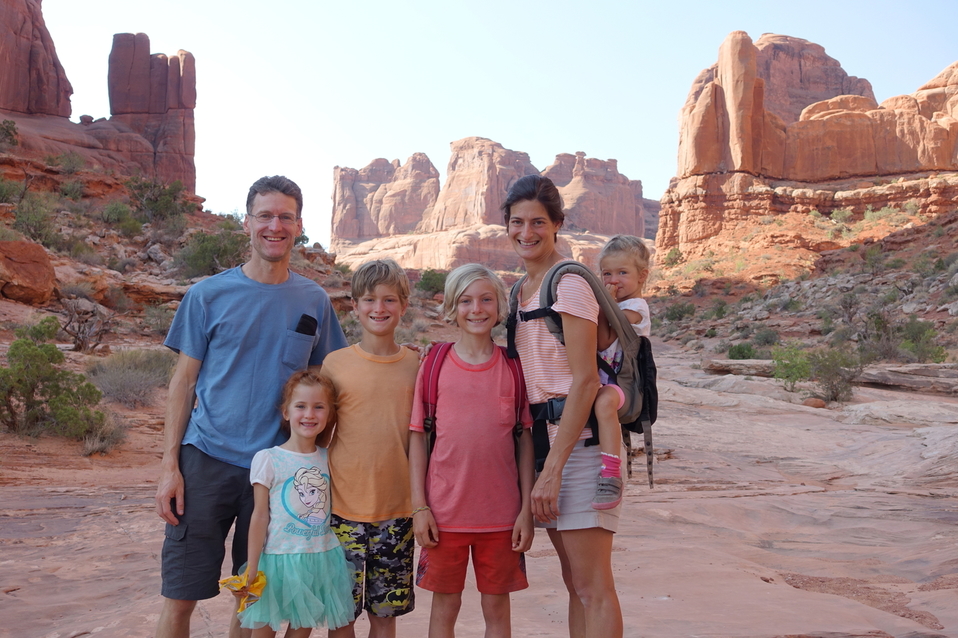 So what is a typical day in the life of Jeff and his technomadic family? It depends. They have two modes: “travel heavy” and “exploration.” While in travel-heavy mode, Jeff works less and focuses on moving to the next location. During exploration mode, he’s able to do more intensive development work, which is achieved sitting at his laptop, powered by either campground power or a 300-watt solar rooftop system, and connected via mobile connection (or, where available, WiFi). Jeff’s active as a Drupalist, so a large part of his work involves hammering out code to make websites work flawlessly. Finally, like other CoLabrs, he checks in regularly with clients and internal team members via web conferencing tools. He does all of this while fully mobile, outside the confines of a 9-5 office space.

Life on the road is not without its challenges. Long trips, weather, power, connectivity, (and, at times, screaming babies) to name a few, can sometimes come in the way of a productive day. Fortunately, Jeff can rely on an entire community dedicated to traveling techies to help him find innovative ways to solve his unusual problems. At Technomadia, for instance, one can learn how to use a cellular booster to stay online while mobile. Regardless of the minor difficulties, for Jeff the benefits have far outweighed the challenges. Along with his wife, Jeff homeschools their children, who are between the ages of 2 and 13, while on the road. They actually prefer this kind of education. “Our approach to homeschool,” Jeff explains, “is ‘go out and see the world.’ Go out and soak in it.” Imagine growing up with a curriculum that includes science parks, the Grand Canyon, and exploring wonders of the natural world—all taught through first-hand experience.

For CoLab, technomadism is certainly a feature not a bug. From Jeff’s perspective, CoLab’s supporting culture has been an important enabling factor: “There were crazy reasons not to do it,” he notes. “If I couldn’t have earned an income, it couldn’t have happened. The fact that CoLab exists actually encouraged it.” Commenting on the CoLab environment in general, Jeff celebrates the unique group of developers, community organizers, and activists that come together: “We end up with this fascinating collective of people who bring these great ideas.” CoLab remains dedicated to enabling such a meeting of unique and gifted individuals through its support for unconventional living and technomadism. 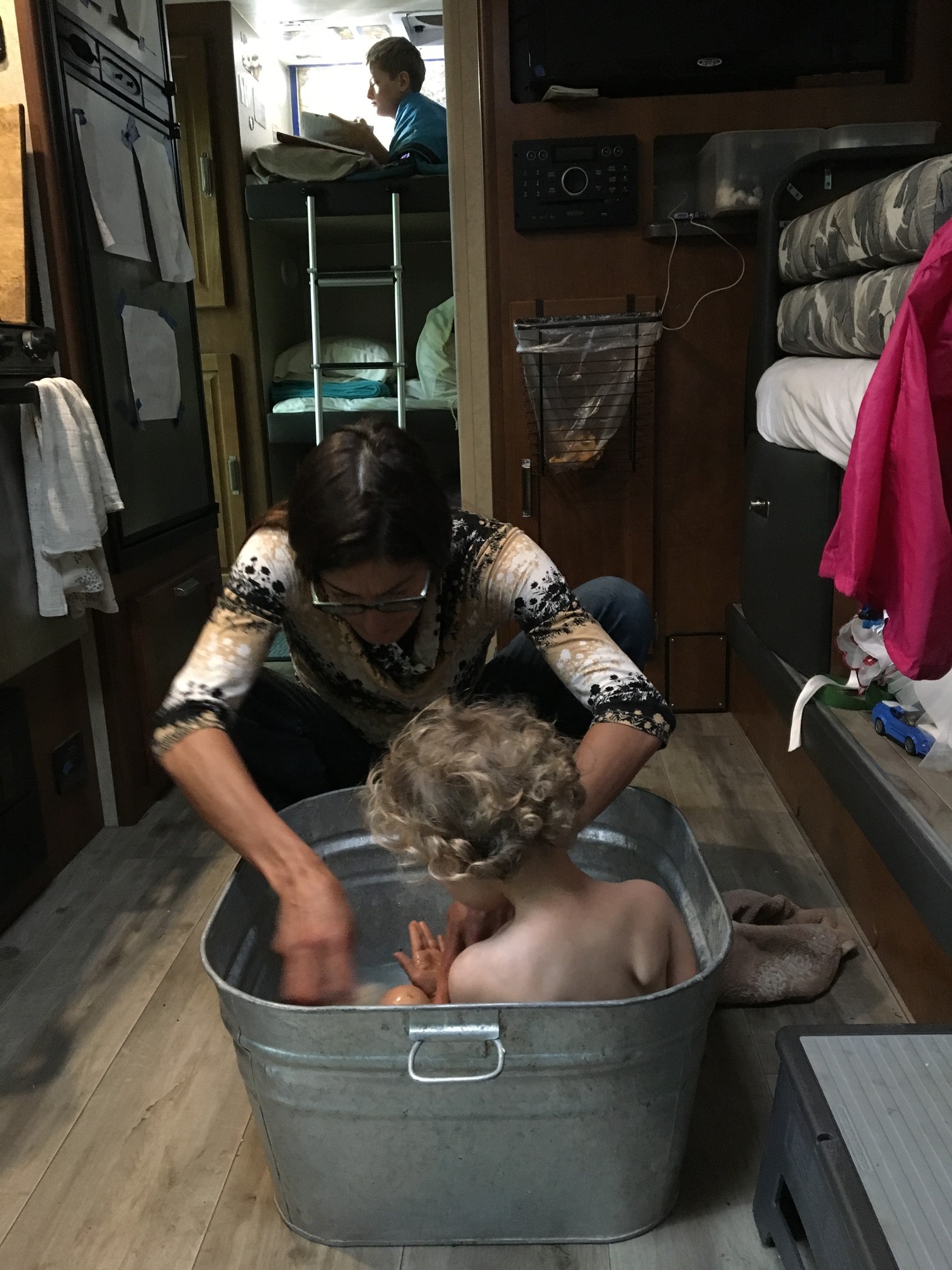 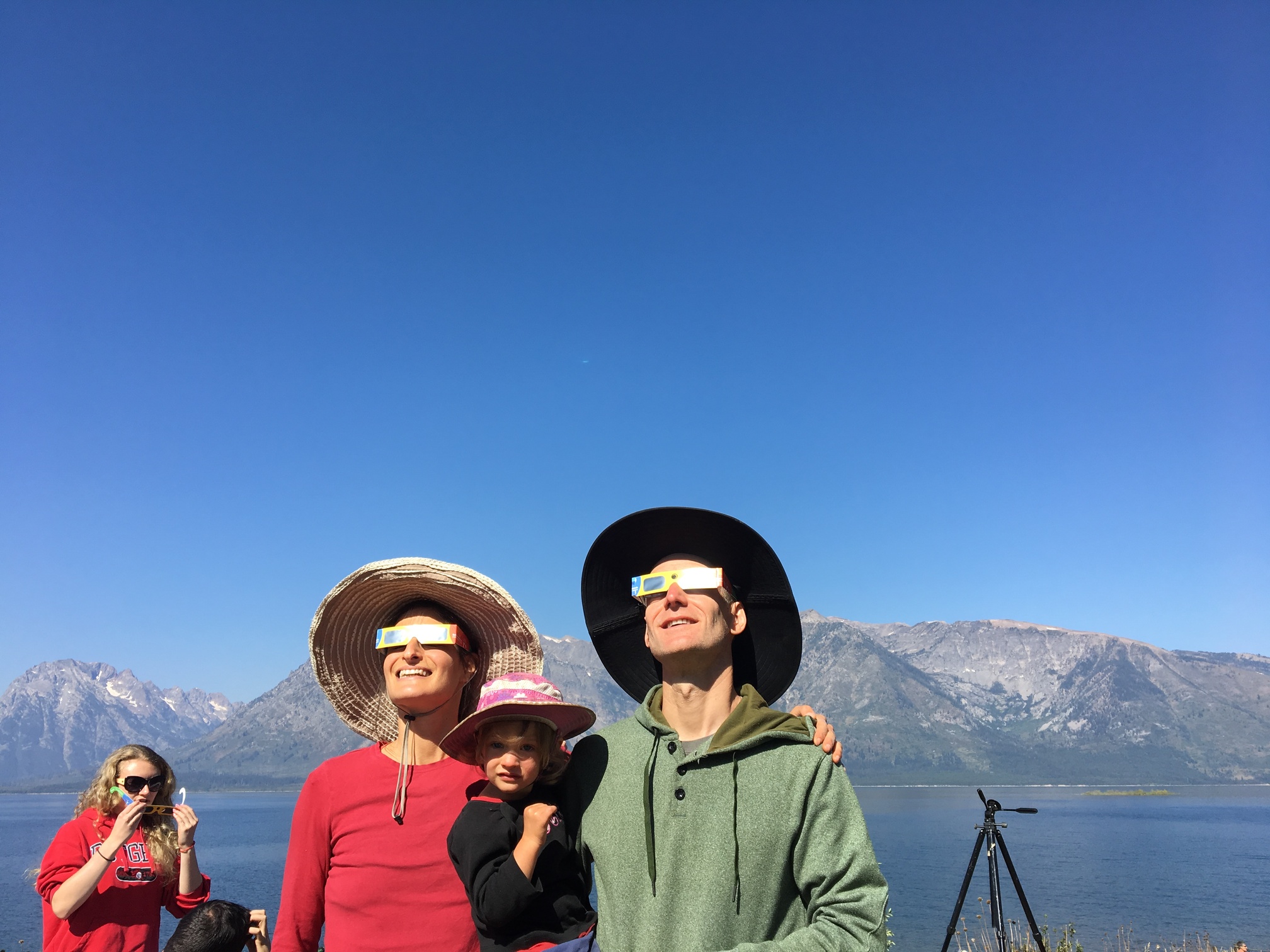