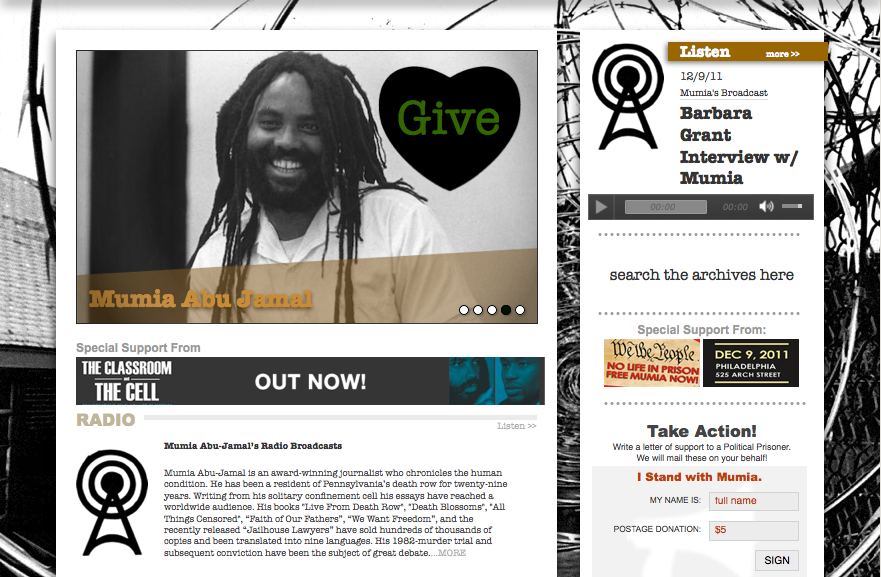 30 years ago, Mumia Abu-Jamal’s life turned upside down. A police officer in Philadelphia was shot and killed. Mumia was charged, then convicted and sentenced to death for the murder. Since his conviction, serious doubts have been raised over the legitimacy of the evidence.

Mumia has been fighting hard for his innocence from behind bars. He has inspire a movement against injustice and in the process, become a cultural icon and celebrated journalist. He has published several books, and with the help of Prison Radio, broadcast thousands of commentaries weekly to the world.

These broadcasts live on a site called Prison Radio, which, with our help, under went a significant re-design. And on this significant anniversary, we launched.

Prison Radio was built with Drupal 7, the latest offering of a community-built website development tool. It allows easy creation, updating and management of a website without requiring a lot of technical know-how. Media, galleries, advertisement and ecommerce all under one roof. As Prison Radio grows beyond being a content hub for Mumia’s cause, to a much broader resource for fight against mass incarceration, the right technology is in place. Leaving more time to focus on the movement itself.

Our thoughts and prayers also go out to the family of officer Daniel Faulkner. Justice system aside, it is not easy to loose a loved one.