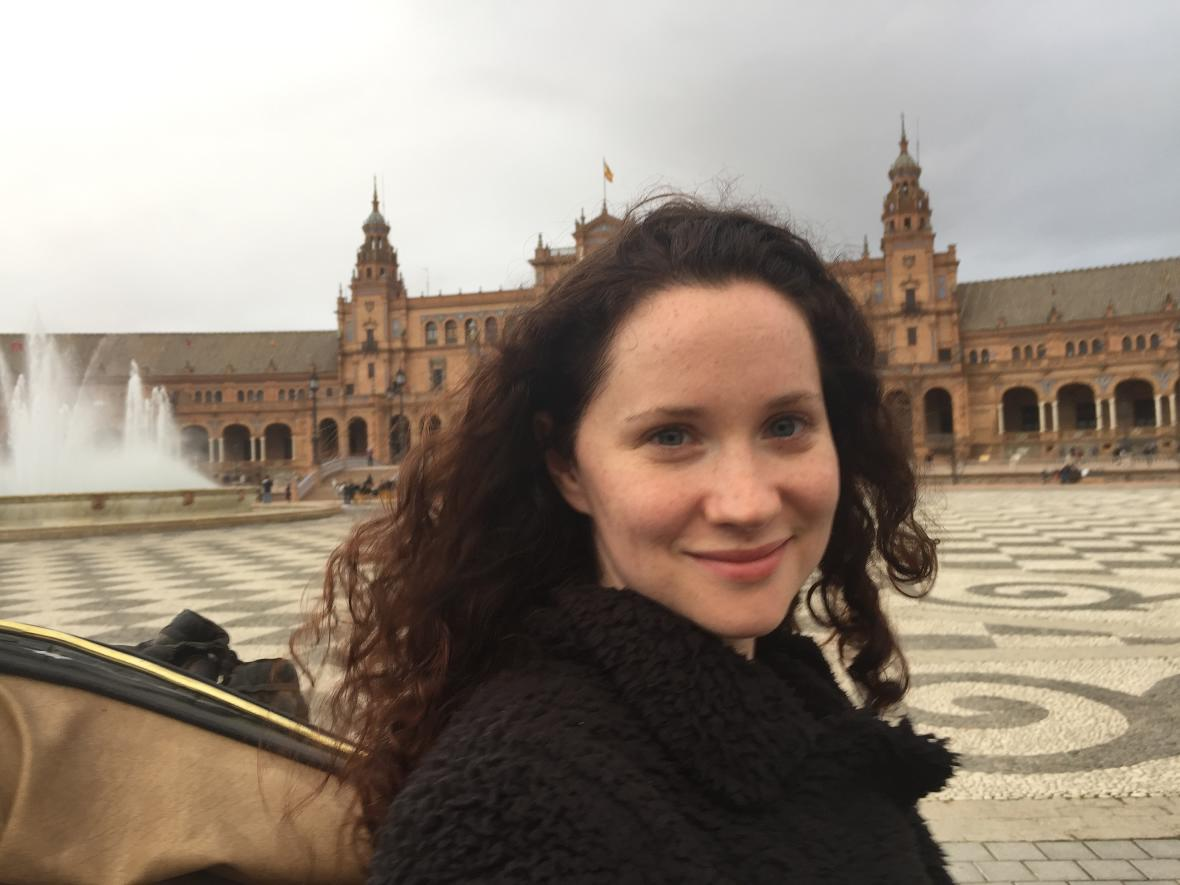 “Before I started working at CoLab, I was studying early childhood education and social-emotional learning, incorporating behavioral self-regulation techniques and skills into the way children are educated. The thing that attracted me to working at CoLab, at first, was primarily the flexibility. I knew that I wanted to be able to travel. I wanted to be able to live a balanced life, and have time for personal projects… at the time, I was writing a lot of children’s stories. It was important for me to be able to choose how to balance my time and have agency over that. CoLab gives you that flexibility and really supports you thriving in your life holistically, in dedicating that time for your home and personal life. That’s something that isn’t even on the radar for a lot of companies.

This year I wanted to go to Barcelona to work on my Spanish. CoLab supported me in taking the trip, even though it was a sacrifice to them to not have me in the office. But because that was something that was important to me, and was really going to serve me in my life overall, they have the openness to work with that. Supporting me leaving for four months in the first place was a really big deal: being open to working with my travel schedules, bandwidth issues… there was stuff that came up, and they were very patient and flexible with me.

It was a really successful trip because of their willingness to engage with me. My work didn’t suffer. I was regularly working eight-hour days while I was abroad -- sometimes ten-hour days. I was on the same schedule as the New York team, even though they were on Eastern Standard Time and I was on Central European Time. I was living in another country but I was still able to be an active and dedicated part of the team. Because of the time zone stuff, 9am for the New York team is 3pm in Spain, so I would spend the morning going to museums, going on runs, going out to eat. I was really able to find the time to write and paint. I was going to a lot of art museums, walking all over the place, exploring the city. Then I would come home in the afternoon and work from 3pm to 11pm.

Working with CoLab means you have to be self-motivated and have a high level of personal accountability. It would have been really easy for me, while I was thousands and thousands of miles away, to do a minimum of work. CoLab really has the built-in flexibility to work with that. But if you want to have a high level of investment in the company and contribute a lot, you need to be responsible for that level of accountability. No one was looking over my shoulder while I was in Spain, making sure I was working ten-hour days during our project launch, but I was.

I really thrive in an environment of trust. When it’s given to me, it inspires me, and I give more. When you’ve got a boss breathing down your neck, micromanaging you, not believing in you to do what needs to get done… in that environment, I tend to become frustrated. But with CoLab, there is a sense of trust and respect that really makes me want to step up and give a lot. I feel excited to go to work, I feel passionate about what I do… I love my job. I’m excited to go to work. It’s corny, but it’s true.”