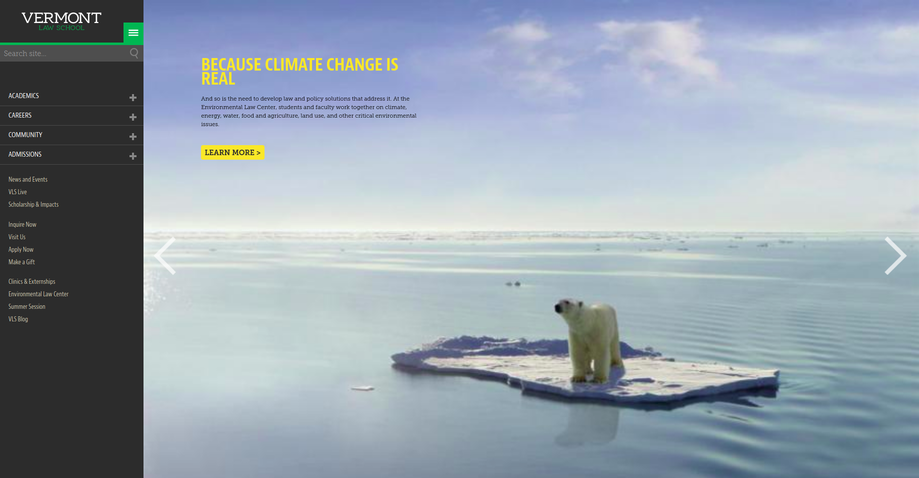 The Vermont Law School is the premiere environmental law school in the country. In the face of legal issues around climate change, training advocates for the protection of the Earth is more important than ever. However, the vermontlaw.edu site was standing in the way of their Admissions department’s recruiting efforts. This Sharepoint-backed site was hard to update and pages loaded slowly—a real problem for a target audience of recent college graduates.

That was when CoLab stepped in to re-implement their site in Drupal 8 without changing the design or content. We chose Drupal to handle the structured data that the site displays: courses, professors, semesters, and more. We chose Drupal 8 to create a site on the most up-to-date platform and avoid costly migrations down the road as Drupal 7 phases out.

Our primary challenge was accessing the content of the old site. Because Sharepoint couldn't export the text and images on many of the site’s pages, we had to resort to “scraping” information from the existing site and cleaning it up for import into the new database. Mapping content from the old system to the new one was complicated. The project also included an SEO review, so we could include some improvements in the new site; a performance budget, so the new site would be fast; and content analysis, to make the migration work.

The new site doesn’t look very different from the old one, but users are thrilled with its speed on mobile devices. “Students are congratulating us on the improvement,” we heard from the IT staff. VLS staff are also relieved to have a site that’s easy to update—training times are way down. Now that the site uses the powerful Drupal 8 platform, CoLab, and VLS plan to make improvements that would have been impossible before. 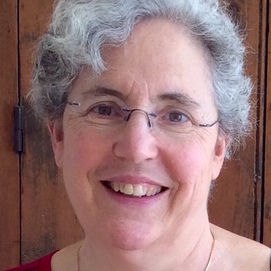