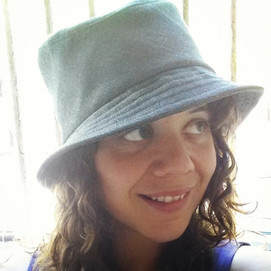 McKenzie Jones is an off-grid farmer turned social scientist bringing a deep commitment to service and equity into her work with CoLab Cooperative. She received a BS in Human Development and Family Studies from The Pennsylvania State University and an MS in Design and Environmental Analysis from Cornell University. She has stewarded radical organizations such as the Center for Sustainability in State College, PA and Ithaca Biodiesel Cooperative in Ithaca, NY and has been a strong advocate for affordable housing while serving on the City of Ithaca Planning and Development Board for several years. McKenzie is a founding member of the Aurora Pocket Neighborhood Cooperative, a co-owned, urban, intentional community that she still calls home with her partner and three children. At CoLab, McKenzie is an account manager on our business development team and also a cooperative developer who assists other worker owners and social impact organizations define their business and technical needs and make a successful plan for instilling democracy in the workplace. McKenzie believes in worker ownership as a pathway out of oppressive economics toward a just working environment for all. McKenzie enjoys riding her homemade bike, going on road trips with her kids, and playing in her band Strange Heavy.