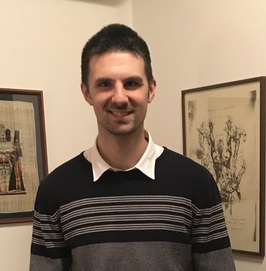 Martin has been fascinated by computers and how they work ever since he was a kid. He learned the basics on an old computer at school when he was seven years old. At the age of ten his father brought home a brand new computer that allowed Martin to expand on his knowledge. In high school he started coding in C and Python. His first attempts at simple video games were unsuccessful, but he didn't give up until he achieved his initial goal. During university Martin started learning about web based applications and found his first jobs as a freelance front end developer. For the past couple of years he's been a quality assurance tester for an IT company

In his spare time Martin loves to stay physically active, by going to the gym, playing basketball and cycling. He's also an avid NBA fan and tries to watch as many games as he can. On weekends he loves to read, especially fantasy adventure novels and listen to live music. During his vacations he loves to travel and explore new countries and cities, meet new people and learn about their culture, history and cuisine.

Martin is a firm believer that people shouldn't be judged based on their race, gender or nationality, but rather on who they are as a person. He's also very concerned about the negative effects of human activities on the environment, such as cutting down forests, polluting the air and the oceans. Martin believes CoLab is the right place to meet like minded people and to find projects that will benefit people in need and help with preserving the environment.