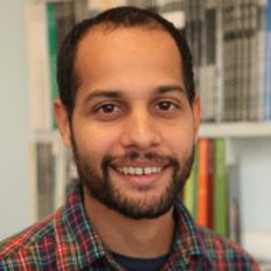 As a CoLab developer, Jonathan creates web products that are fully accessible, follow best practices, and provide value and social impact to a variety of CoLab clients. His work with WordPress, Drupal, and other frameworks stresses functionality and positive user experience while prioritizing the needs of clients and collaborators.

Jonathan was initially drawn to the tech industry after working for many years as an architectural technologist following his US Navy service. Since then he has also worked in higher education as a web designer at Mesa College (San Diego), which included multiple stakeholder-projects supporting both design and development phases, and as a web developer at The City University of New York (CUNY). Now, with a BA in Architecture Technology and an Associates in Multimedia, Jonathan has been an active technologist for over fifteen years.

In addition to technology, Jonathan has maintained an interest in the arts beginning with his father’s exposure to photography as a child growing up in the mountains of Carolina, Puerto Rico. Later as an adult, following a ten-year stint in New York City, Jonathan moved to San Diego with his wife, son, and their cat Colito. Jonathan is also passionate about food systems, gardening, agroecology, permaculture, and cooking.