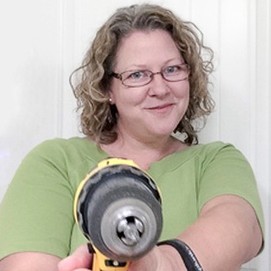 Cris has always had incredible organizational skills, as any photograph of her childhood bedroom will attest to. This is part of the reason she’s always been attracted to project management roles. But, Cris has many skills which make her perfectly suited to such positions: communication, empathy, curiosity, camaraderie, and an ability to bring people together toward a common goal. Cris has been a project manager since her very first job managing a fast food restaurant when she was fifteen. She later received her PMP (Project Management Professional) certification, an industry-recognized certification which demonstrates that she has everything it takes. Not long after, she became senior project manager for Nolo.com. Today she oversees and directs the projects for some of CoLab’s most successful clients.

She enjoys that working at CoLab means that she can do her job from anywhere. For Cris, this means working from home and being there when her little boy gets out of school. She can even work from New Zealand or Africa, places she plans on visiting someday. The other thing she likes most about working at CoLab is our choice to work on do-good projects. Cris can do her job and help the world at the same time, and she finds this satisfying.