Running a Business Fueled by Purpose, Grounded in Action

CoLab was founded to counter a societal tendency to encourage self-serving participation in “zero sum game” economics and relationships. After spending time as an entrepreneur in Silicon Valley and working in venture capital it became abundantly clear to me that most entrepreneurs and funders and the systems within which they work are collectively oriented towards personal benefit and extraction of value from the labor of others. Often entrepreneurs are wrapped up in a cloak of personal hubris leaving them with symptoms of “egocitis” characterized by impatience, talking down to peers, defensiveness at challenge, and a close-minded approach overall to acknowledging one’s own weaknesses and vulnerabilities.

CoLab then was founded as an effort to put organizational systems in place—economic collaborative structures—that counter the vanity and selfish motivations perpetuated by much of the Internet Technology economy.

The depth of these structures and their effect on society was recently outlined in a new book, The Captured Economy, by Brink Lindsey of the Niskanen Center think tank and Steven M. Teles, a political scientist at Johns Hopkins University. They argue that the economy is riddled with self-serving arrangements, mainly benefiting the rich, that impose excess costs on the poor and middle class and reduce economic growth.

As Lindsey and Teles warn:

When life seems like a zero-sum struggle, gains by other groups are interpreted as losses by one’s own group.

Given the current challenges we face as a collective human race, issues larger than any one special interest group, it is safe to say this is the wrong social principle to encourage with our systems.

The founding of CoLab was an attempt to build a system that would encourage its members to operate according to different principles: cooperation, sharing, generosity, non-violence, and inter-dependence.

CoLab’s founding itself was an act of generosity: a traditional business between husband and wife founded years ago, which had grown into a healthy albeit traditionally structured agency, was converted to a co-operative to be run by peers and friends. No big “exit” success story here the likes of which many entrepreneurs aim to decorate their resumes with. At the time we didn’t realize that there were models for acknowledging the work of founders in co-op conversion and that we had a choice in how we structured our give-away. Rather, we were focused on the importance of work-life systems in reinforcing principles, in grounding intention in action. And so we took the frightening leap of putting our own economic security in the hands of our friends and co-workers.

Business has long grappled with a tension: on the one hand, profit, make money, grow, sustain! On the other hand, don’t be evil! No lying, cheating, scheming. Support “right livelihood”: ideally no weapons manufacturing, alcohol, or tobacco sales, etc. In other words, meet needs with integrity and decent human values.

For CoLab, business is a means to a greater end. We work not only to provide right livelihood, but also to serve our communities and our earth. We are trying to resolve that tension. How are we doing at it?

As for co-ops more broadly, as Wendell Berry notes, we’re doing a miserable job considering the impact of our lives, our actions, on the common good. Ecosystem costs of our consumptive and exploitative patterns often go unaccounted for in market dynamics. Resources are plundered, like the precious old growth redwoods of Headwaters that will never again be as valuable to us as they once were, despite positive efforts to restore ecosystems.

For us at CoLab, it is critical to take a stand against business as usual. We seek to put people and our care for the planet FIRST. This means rejecting conventional business models which emphasize maximization of profit and which give extraordinary leverage to shareholders/investors with company control linked inextricably to power in the form of money and investment. See some of the businesses, for example, being forced to relinquish “for benefit” status owing to investor pressures. We seek something different, something that gives us the power to put resources into stewardship efforts. We need a business model and a business community powered by purpose.

Becoming a B Corp resolves the tension of doing business with deep accountability to all stakeholders, for seven generations. We have a found a way to align our purpose with our practice. As any entrepreneur knows, this is not an easy line to walk, and we’ve found it invaluable to get support on this road from the B Corp umbrella organization and to connect with peers who helps us to balance these needs. This is also an excellent way to measure internal progress against their certification process. Along these lines, we are constantly balancing our goals of profit and sustainability versus our mission of care for people and planet.

In many ways we are only getting started.

Dudley Cocke, co-founder and artistic director of Appalshop's Roadside Theatre, has been working in rural Appalachia for 50+ years exploring cultural and economic development models linked to storytelling and creativity in order to build a cultural hub that benefits the entire community. One might say he was a pioneer of the benefit corporation movement before it was defined as such. He was sharing a story pertaining to the quest for egalitarianism and economic equality:

Our Zuni partner [in New Mexico] Edward Wemytewa said that at one time, before the pressure of genocide, the A:shiwi aspired to be an egalitarian society. Recognizing that greed was part of human nature (like envy, jealousy, and hate), strict rules strictly enforced were in place. Surplus (the subject of Thomas Piketty’s recent tome, Capital in the Twenty-first Century) was not allowed—even today, there are ceremonies in the Zuni plaza where staples like flour (“Bluebird”) are redistributed in enthusiastic “give-aways.”

Another way we approach this balance is by placing our business in the hands of its worker-owners as a co-operative. We have separated capital investments from control of the organization. The workers run the show at CoLab by sitting on the board and providing governance and oversight to our business with equal footing as myself and my other co-founder, Ralph, do.

New models are on the horizon as well, which CoLab is closely looking at, for instance, Stewardship models. Under a stewardship model, a board is comprised of “stewards” whose purpose is to safeguard the mission and impact of the company while maintaining sustainability. Investors are explicitly not on the governing board, although worker representatives are. Purpose.coop is leading the charge on these efforts, and we look forward to sharing more about their mission and work in future posts.

Together we are collectively working to bring businesses into alignment with our highest purpose in life: to be of service, a light unto the world. As we continue to wrestle with the challenge of doing that as a business, being a B Corp provides us with guidance and community to move forward. 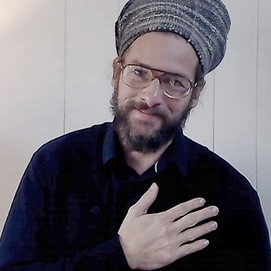