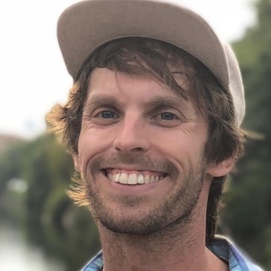 Travis is dedicated to delighting CoLab clients with just the right amount of technology. He is passionate about modern functional paradigms for application development, especially React. In his 12 years in the Silicon Valley startup industry, Travis has built web, mobile and distributed applications for ecommerce platforms, weather insurance companies and the developer workflow tool CircleCI.

Travis believes in technology’s potential to bring us closer as human beings. Growing up in rural Maine in a house his parents build, Travis discovered that he could channel his family’s “builder spirit” into making computers do things. His first foray into “professional” software development came between his Junior and Senior year at Williams College as part of a Google Summer of Code grant during which he contributed to the Gnome project under the mentorship of Red Hat. He followed this thread into the San Francisco tech scene when he joined the Open Source Applications Foundation (OSAF) after college. OSAF lead to a string of software engineering and engineering management jobs in San Francisco which kept him at the forefront of web, mobile and distributed systems development, but ultimately felt out of alignment with his desires to contribute to the liberation of the most vulnerable people in our society. His transition to CoLab, one of the premier worker-owned technology cooperatives in the world, has provided the heart and soul he was missing.

When he is not working out of his home in San Francisco, California, he likes to dance, meditate, and organize with local groups supporting Black, Brown, Indigenous and LGBTQ folx. He is known to disappear into the desert just before Labor Day to dream about a better world.