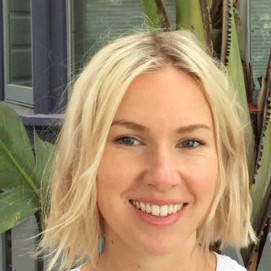 Paige lives to hear and be inspired by the dreams of the people around her, and then mobilize a plan to translate them to action! She grew up in the Sonoran desert in Arizona -- equal parts serene, sublime, cactus-covered mountains and dry tracts of alienated suburban sprawl -- and currently lives in Oakland, California, where she gardens and aspires to cultivation of soil-rich community with her neighbors.

Paige sees her CoLab role as a vision holder for what we build -- the concept of project manager turned on its head in pursuit of a more cooperative paradigm -- so that shepherd becomes another one of the sheep, running around to the other sheep seeking consensus and transparent collaboration. This includes everything from problem-to-feature product vision, to scoping and prioritizing work alongside developers. She is product of public school education, interdisciplinary liberal arts at Baylor University, and roles in product and communications at early stage startups and grassroots movements. Paige’s path through Silicon Valley scaled the peaks of stimulating learning and plumbed the depths of disillusionment with a venture capital system that decides what kind of products get deployed on whose terms. Since then she’s been single-focused in pursuit of decentralized alternatives that don’t sacrifice unquantifiable end user value to market-derived value, including worker-to-worker organizing to take more power from bosses and banks into our own hands as creators.